Half Life 2: A Narrative Exploration

So I've decided to play through HL2 once again, and I'm going to take some time to document my trip. I'll be discussing Valve's pacing and structure by way of narrative, but I may also mention some game design stuff if anything particularly interesting pops up. 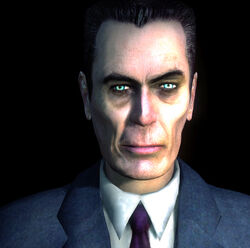 The game starts with the infamous G Man giving a speech about how your time has come to return to the world after you have been "resting". This scene sets up the fact that you are being controlled by some other-wordly force that G Man represents, and that your actions are not entirely your own. You are merely a pawn being placed back on the board when it has been deemed most opportune.

Upon arriving at the station for City 17, you are presented with a welcoming message courtesy of Dr Breen, who sets up the presence of the Combine and the military state that everyone lives in. Everything here speaks of enslavement and control. The surrounding area shows a Vortigaunt sweeping the floors under Combine watch, citizens standing in out-of-the-way spaces, huddling together in groups, and Combine soldiers standing at every major intersection, enforcing their law.

The whole area reinforces the idea of Combine control. The citizens are cowering, propaganda plays on giant televisions, and there are fences everywhere controlling your very movement. But in the middle of all of that, we are introduced to Barney, your old friend from Black Mesa. 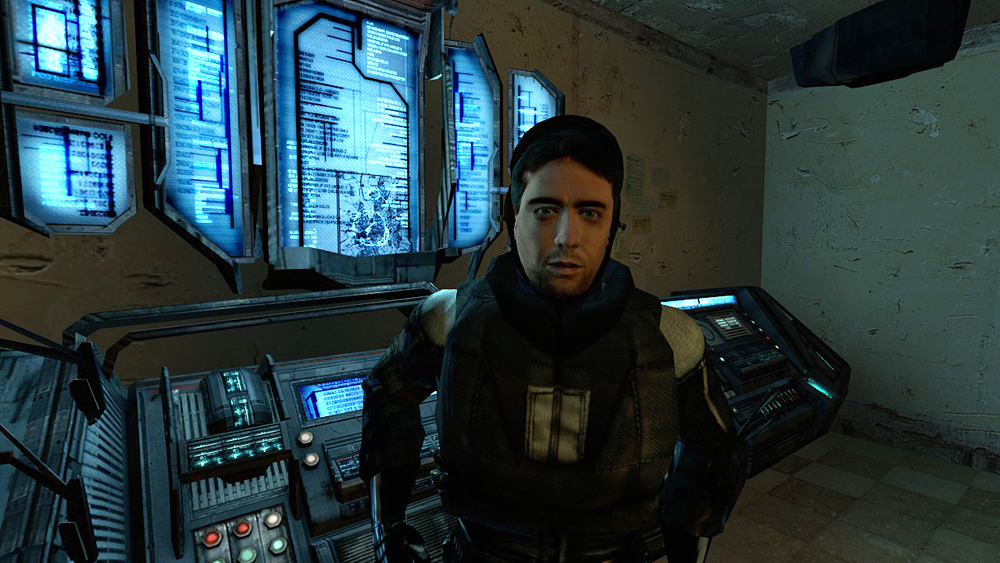 Now about that exposition I owe ya

Barney appears here to show that the Combine, despite being in control, are not all-powerful. There is clearly a resistance. And if the Combine can be infiltrated, maybe they can be taken down from within. Barney shows up to tell us what we already suspect: We are going to be freeing this world from Combine control, and we are going to do it with the help of friends.

Immediately after Barney shows us that the Combine can be infiltrated, we are shoved back into reality where they are still very much in control. Everything we saw in the first area is reintroduced here, but turned up to eleven. Breen appears again, but this time he tells us that the Combine have taken away humanity's reproductive abilities. The Combine are as much in control as ever, but here we are forced to interact with their abuse for the first time in the form of a guard knocking over a can and telling us to pick it up. Even the citizens here seem a little more paranoid. 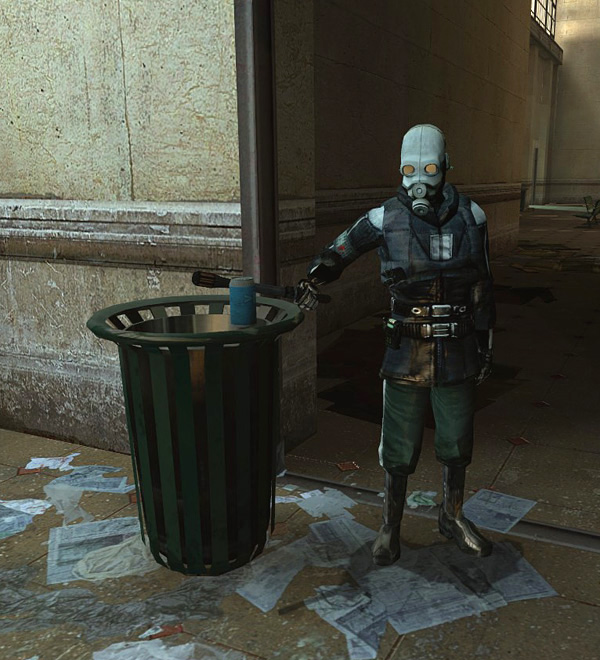 Yes, the resistance exists. But you're still not in charge.

After exploring this area, you end up outside. Immediately you are confronted with barricades, force fields, floating cameras tracking your every move, and an absolutely enormous tower looming in the distance, watching over the entire city. The barricades force you to head down a side street where you see an open door. A combine guard stands in the doorway to block you, but you can see inside that citizens are being lined up against a wall, being searched. Nothing too terrible for these citizens just yet, but you can't help but feel the search isn't strictly legal. And just down the street from that lovely scene is a combine tank blocking your path once again.

The way to progress, however, comes with a little dash of anarchy. The only path off the street is down a back alley where you have to hop a fence. Yet another subtle nod that the Combine are not totally in control, you can always hop a fence. On the other side of the fence you are behind the curtain, and you start to see the Combine for who they really are. You are immediately shown a corpse laying in front of a group of Combine soldiers, with that corpse's friend standing over them being searched. Just after that, a housing area where two men are discussing how the Combine are searching homes, and will invent reasons to invade every house they can, as a show of power. Not quite the benefactors that Breen would have us believe, eh?

And speaking of Breen, once you enter a nearby apartment building, you begin to hear Breen talking once again, but this time you're seeing this propaganda from the citizens' perspective. You see Combine forcing their way into a door and hear them beating the occupants, but this is overlayed with Breen repeating his line about reproduction and how benevolent the Combine are for helping us overcome our urges. Inside one of the apartments, people cling together in fear while others stare out the windows, watching for approaching trouble. These people are in their home, but even here they can't escape. Hell, it seems they can't even close their own door. All this serves to educate us, as players. We know now exactly the type of people the Combine are, and we know we clearly do not like them.

With the setup out of the way, the game launches into the action. A siren cries out and you hear an announcement being made that someone has escaped and must be taken back into custody. Citizens start screaming at you to get to the roof, and Combine guns start firing in the distance. Time to go! A quick run across the rooftops with guns trained on you from the streets below and you get forced into an open window to avoid being shot to death. And all of ten feet later you are trapped and beaten unconscious. 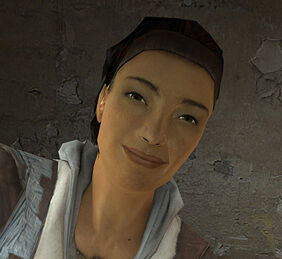 Luckily, 6 Combine guards are no match for unarmed Alyx Vance

This marks the end of the intro sequence of the game, and you are presented with a new autosave and subtitle for this area of the game shortly after an introduction to a new character, Alyx Vance.

I'll continue this narrative break down with A Red Letter Day next time.